Why are we in a trade war?

China entered into the World Trade Organization in 2001, under rules that granted it concessions as a developing country, which greatly accelerated its integration with global markets and supply chains. Studies have shown that Chinese exports led to lower prices for U.S. consumers, and helped lift millions of Chinese people out of poverty. The country’s ascent also resulted in the loss of millions of U.S. factory jobs. China’s power, especially its technological prowess, is now at a point where it risks eroding American military and economic advantages. China insists it plays by global trade rules, and it sees the U.S. as seeking to contain its rise.1

President Trump says China and other trading partners have long taken advantage of the U.S. He points to the trade deficit (the difference between imports and exports) as evidence of a hollowing out of U.S. manufacturing and the loss of American might. For more than a year, he has ratcheted up tariffs, which are a tax on imports, and encouraged U.S. companies hurt by them to move production and factory jobs back home.

Trade tensions escalated this weekend between China and the US as both countries continue to engage in a tit-for-tat trade war.

Before U.S. stock markets open, China’s Ministry of Finance announces on its website that it will apply new tariffs of between 5% and 10% on $75 billion worth of goods from the United States. 2

The move is a response to the U.S. government’s announcement on Aug. 1 that it is adding a 10% tariff to $300 billion worth of Chinese goods. Washington eventually delayed some of those tariffs, saying they will be implemented in two tranches: on Sept. 1 and Dec. 15. 2

The bulk of the Chinese tariffs will take effect on Sept. 1, while the rest of the duties will be implemented Dec. 15. 2

President Trump threatened use of the International Emergency Economic Powers Act (IEEPA). In theory, this authority could be used to impose non-tariff restrictions by prohibiting the transfer of credit or payments to any banking institution, and by compelling / regulating acquisitions of any property with foreign interest.

Stocks jumped on Monday after President Donald Trump said China is ready to come back to the negotiating table following a phone call Sunday.  In pre-market trading, The Dow Jones Industrial Average traded 163 points higher, or 0.6%. The S&P 500 climbed 0.7% while the Nasdaq Composite advanced 0.9%.2

The US trade deficit with China has soared since 1985 to $419 billion in 2018.  The trade deficit is the difference between how much the US imports from other countries and how much it exports. Reducing the gap is a key part of President Trump’s trade policies. 3

The above graph on the left side of the page is a visual representation of the US-China trade deficit from 1988 through 2018.  You can see from the graph why the Trump administration has focused so much of its attention on China.  It is the United States’ largest trading partner, followed by Mexico, who is a distant second with a $78 billion trade deficit when seasonally adjusted for goods and services. 3

On the right side of the above chart, you will see the magnitude of our trade relationships in imported dollar terms for both the US and China.  The US imported just over $539 billion of Chinese goods in 2018, and China imported just over $120 billion of US goods over the same time period.  From the sheer size of these numbers you can tell that the US has a structural advantage in a tariff tit-for-tat relationship based on the size of the imports for both countries.  The US is a much larger buyer of Chinese goods than China is of US goods.  This means that tariff increases should affect China disproportionately if tariffs were the only tool utilized in a trade war. 3

Are the Currency wars next?

Another lever that countries can pull in a trade war is the valuation of their currency.  Having a weaker currency relative to the rest of the world can help boost exports, shrink trade deficits, and reduce the cost of interest payments on outstanding government debts.

Earlier this month, China allowed its currency to slide below what has been a psychological red line, the key 7 yuan to one-dollar level, for the first time since 2008.  This prompted the US Treasury department to designate China as a currency manipulator.  The Chinese central bank has a very firm control of its currency.  It sets a daily rate for the currency, allowing it to trade in a band against the greenback within a 2% target range.  Given this level of control, any major dislocation is seen as a conscious decision by the PBOC (People’s Bank of China). 4

China was the largest foreign holder of U.S. Treasury’s until June, when it was surpassed by Japan. According to data by the U.S. Treasury department, China held $1.11 trillion of U.S. debt in June. “We have a debtor-creditor relationship, not just a trade relationship. And that can be a dangerous thing,” says Ray Dalio, founder of the world’s largest hedge fund, Bridgewater Associates.  Analysts and investors have said that amid escalating trade conflict between the world’s two largest economies, China could resort to the so-called nuclear option to hurt the U.S. by selling its large Treasury holdings. But many dismissed that suggestion, saying such a move will harm China as well. 5

The U.S. trade deficit increased to a 10-year high of $621 billion in 2018. Economists say the trade war actually helped to widen the gap by contributing to an economic slowdown in China and Europe. Meanwhile, American farmers have lost markets and income as China and other trading partners raised tariffs in retaliation. Trump is holding tight to his view that the trade war is helping the U.S. economy, although some economists are warning of recession risk. U.S. gross domestic product grew in the second quarter at 2.1%, slower than the 3.1% in the first three months. Analysts surveyed by Bloomberg project GDP expansion to slow to a 1.8% annualized pace in the third quarter as Trump’s trade policies and slower global growth make companies more hesitant to hire and spend. 4

U.S. imports from China were down 26% year-on-year in the first quarter of 2019. In the same period, Taiwan and South Korea saw sales of electronics components accelerate, and Vietnam saw the same with furniture, a sign that tariffs might have accelerated the shift of low-end manufacturing out of China, a move that has already been underway as Chinese working wages rise. The jury is still out on whether tariffs have achieved their desired trade goals as both administrations continue to deliberate and try to find a middle ground. 4

(1) The global economy is slowing but will remain steady, hitting the long-term 2 percent growth target.

(2) Low interest rates, which are supporting higher equity valuations, will remain in place.

(3) Trade tensions have peaked, and the US & China will ultimately reach a mutually beneficial truce.

Although 2019’s tepid earnings growth has not inspired strong confidence in the market’s current advance, we believe that equities are likely to continue their ascent as long as these conditions remain.  This month’s events represent a pronounced escalation in trade tensions between the world’s largest economies and marks a new and potentially more volatile phase in this trade war.

Although the odds remain in favor of continued expansion, these policy risks highlight growing probability of global recession, the importance of focusing on securities and sectors that look attractive from a valuation perspective, and increasing global diversification. 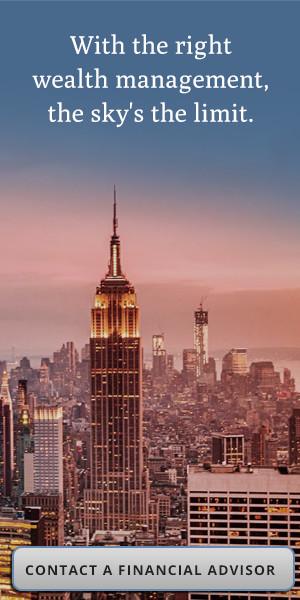